For all that have been following along with the OneThingology Series, just want to let you know that this short series on Effective Estimating will interrupt the OneThingology series this month, and instead of providing a post every month, I will be posting every week for the next 6 weeks leading up to the IWF-2018 Woodworking Show in Atlanta.

Now, lets kick this series off with a short introduction (why I am qualified to speak about Estimating Effectively). My introduction into this fine industry in 1983 came as an Independent Sales Representative to the Cabinet Industry, selling cabinetmaking supplies, decorative hardware, functional hardware, and in my later years woodworking machinery and woodworking software. After 7 years of doing this, I decided it was time to stop all the traveling (my kids were getting old enough to notice), so I started my own Cabinet Manufacturing business in 1990, and ran that business for 23 years.

In the mid 90’s, I began collaborating with a couple other cabinetmakers on what became a very complicated, but effective spreadsheet that allowed the three of us to estimate our projects very effectively, and even more important, accurately. At some point it occurred to us that this spreadsheet might be useful to others, so we started trying to figure out how to market it.

It did not take us long to discover that you can’t really sell a spreadsheet and keep people from just sharing it with anyone, and you can’t make a really clean reporting interface, much less create really good printed reports (printed Estimates and Proposals). That’s when we decided to get serious about this, forming a company and hiring a programmer to write the program in a database.

That program was released in 1999 as the True32 Business Partner, and is still sold today under the name Business Partner Estimating Software (we dropped the True32 part of the name when we added Face Frames to the program in 2003). At the end of 2017 I sold my interest in the name Business Partner, and now market my latest version under the name Custom Cabinet Estimator. So having developed estimating software for over 18 years, and having manufactured cabinetry, using my Estimating Software in that business for 23 years, I feel like I have something to say about Estimating, and think I have learned how to do it effectively. So let’s begin.

For almost all industries, the first step in acquiring a project starts with an Estimate. Some might even call it a Bid, but whatever you call it, it is the gateway to revenue and profit. 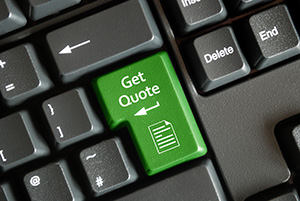 This series, and my Estimating Seminar in Atlanta will be all about the mechanics of your estimating system, what you do with your costs, not how to determine your costs. How to take your costs and apply them to what will become your Estimate, and ultimately your Proposal (and we will spend time distinguishing between an Estimate and a Proposal).

We will cover in detail the principles used in the design of this Estimating Software program I have been a part of since 1999, principles I believe help cabinetmakers sleep well the night after providing highly difficult or complex estimates. Principles that help take your costs and build upon them to provide an Estimate that carries a level of detail that requires no supporting drawings to get a signed Estimate and deposit for the vast majority of projects.

As mentioned earlier, Estimates are the gateway to revenue and profits, so we need to be acutely aware that we do not provide Estimates for the sake of providing Estimates, but to win projects. We will spend the last portion of this series, and our time together at my seminar in Atlanta talking about just that, how our Estimates, and our presentation of those Estimates can be an integral part of our sales and marketing program.

Today we covered the introduction to this new series of blog posts. In our next article in this Effective Estimating series, we will delve into the need for your Estimates and Proposals being bi-lingual, and effective at accommodation What-If scenarios.

To make sure you won’t miss a crucial part of this discussion, enter your email address in the Subscribe to Blog via Email field on the right, and each time one of us adds a blog post, you will automatically be notified. Oh, and you won’t hurt our feelings if, depending on where you are seeing this, you Share, Like, Plus or Re-tweet it (there are buttons somewhere on this page to help you with that).